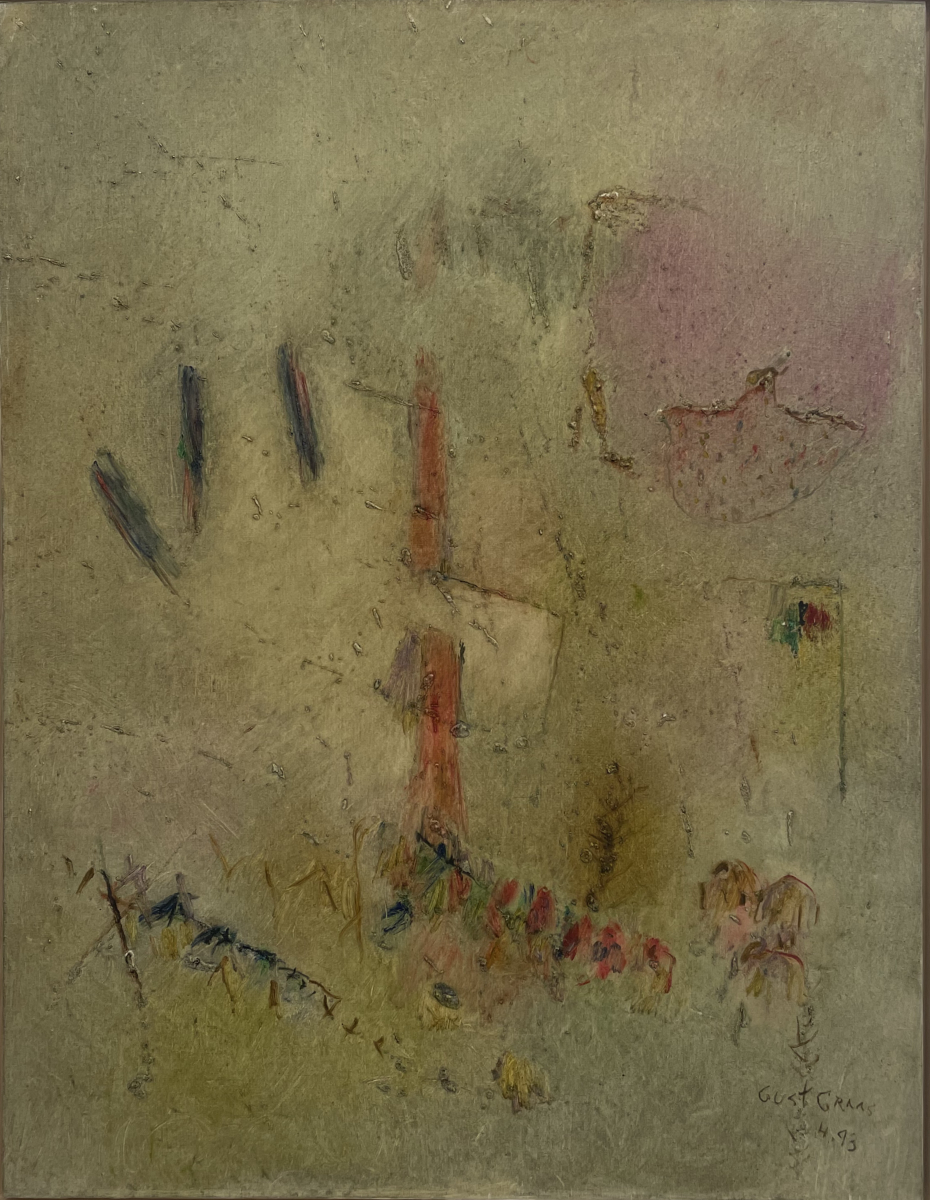 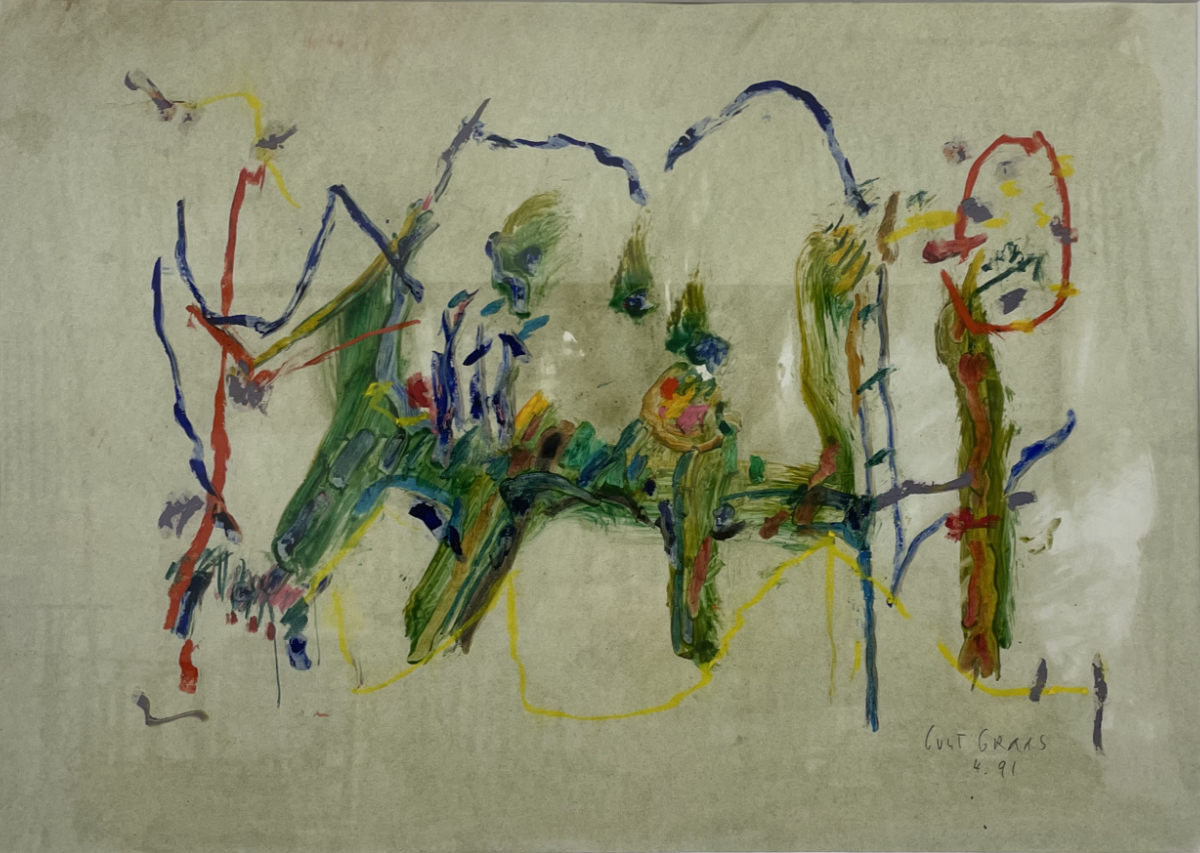 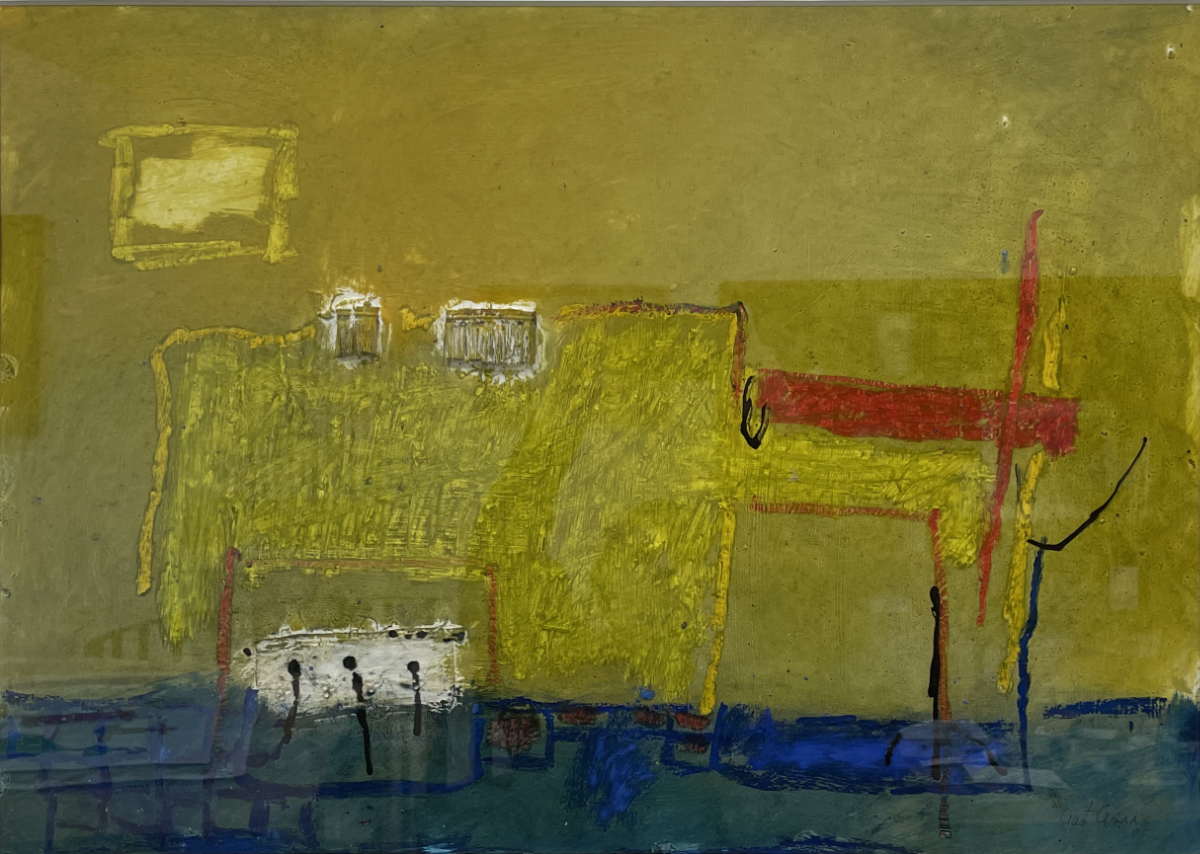 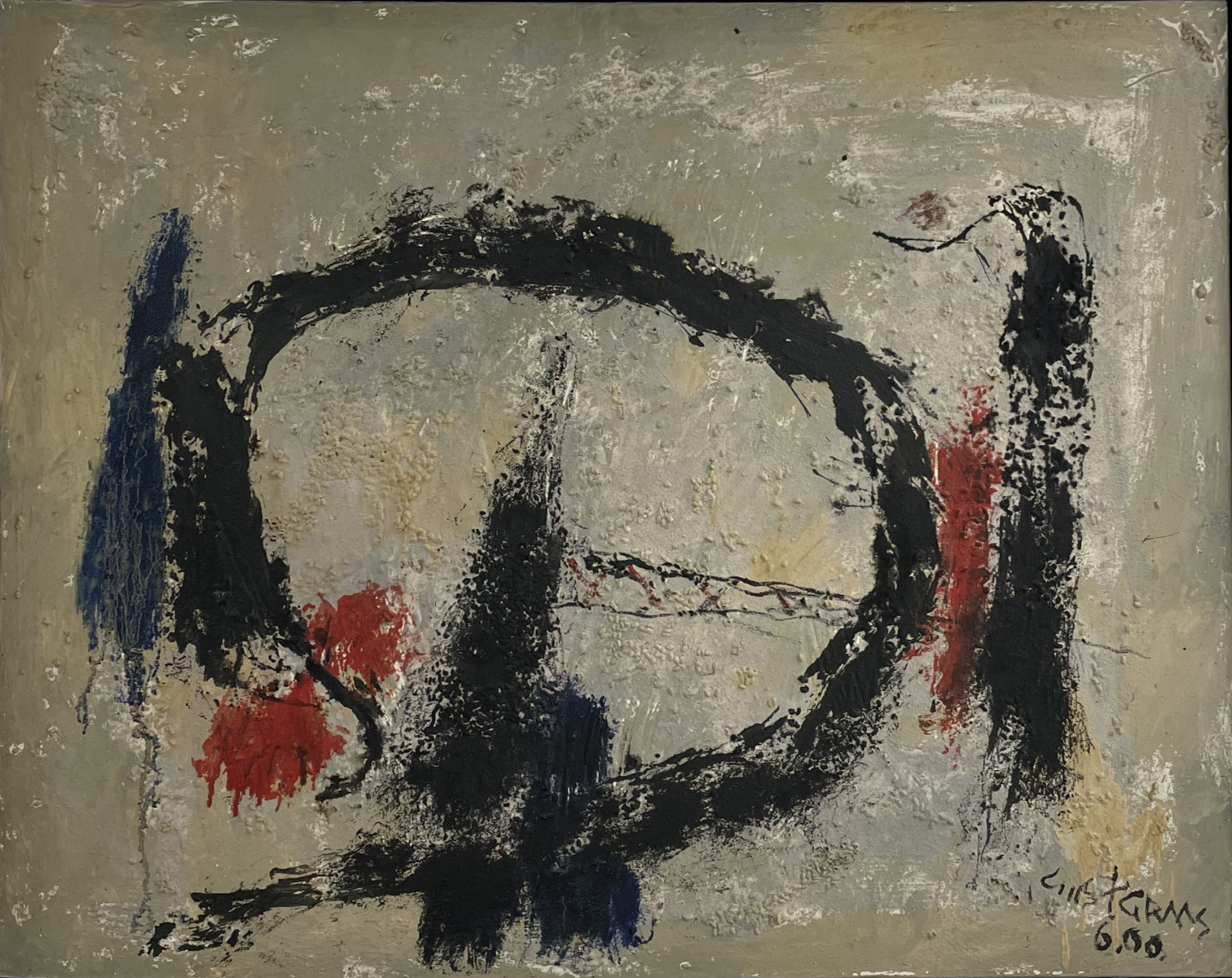 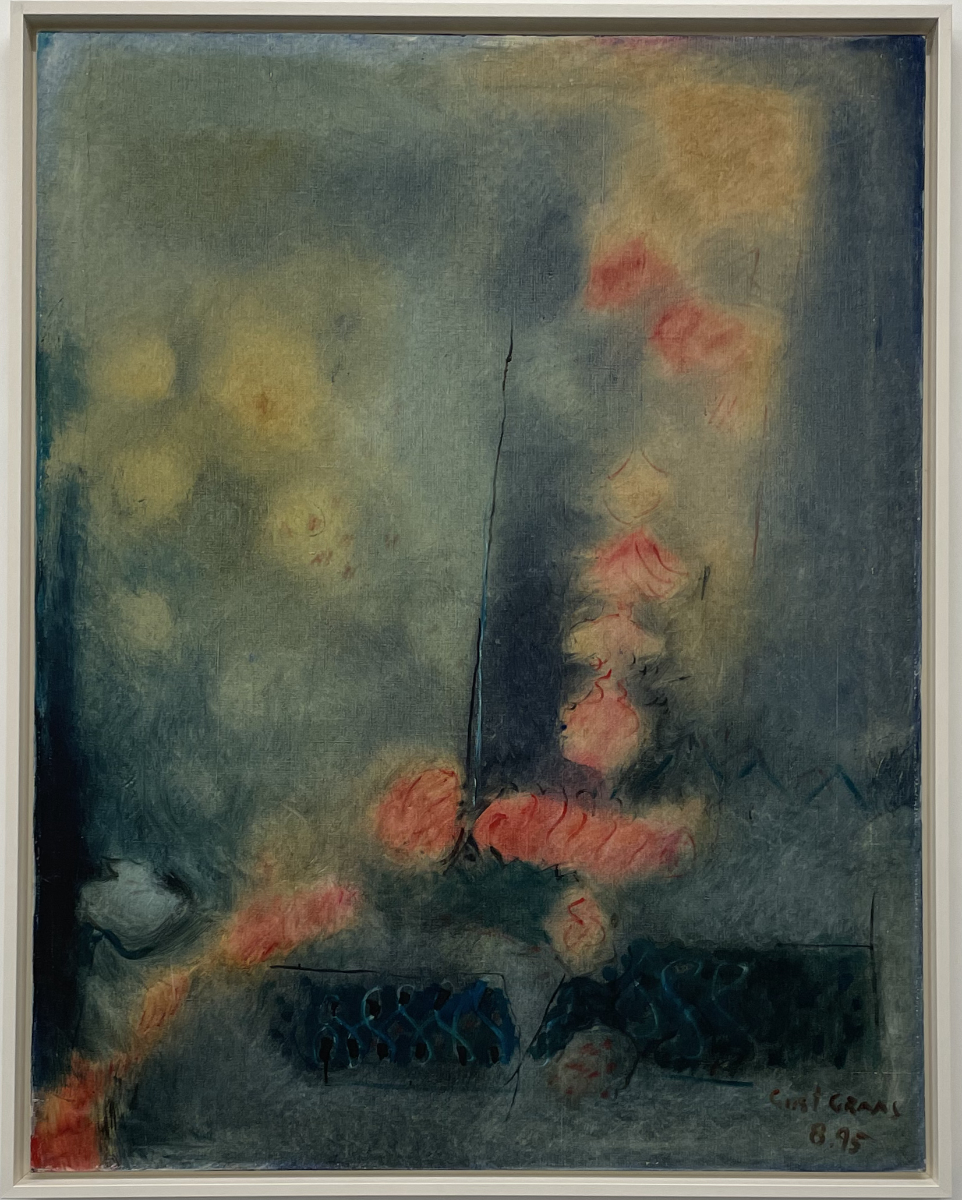 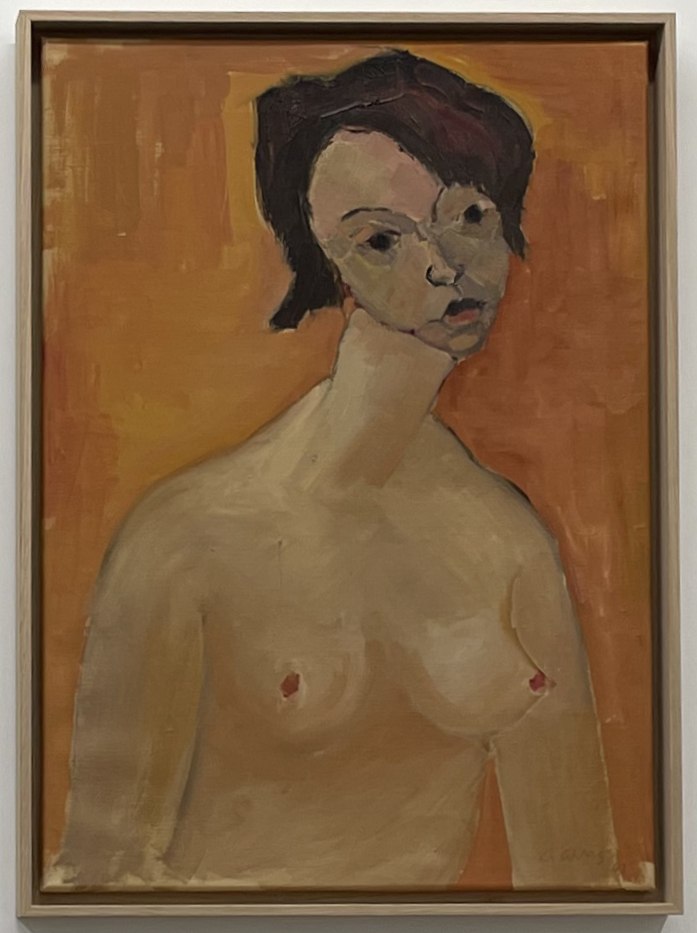 Gust Graas was born on 19 December 1924 in the Grand Duchy of Luxembourg.

After the end of the war in 1945, he began studying law in Leuven and completed his studies in Paris in 1950 as a doctor of law. He first worked as a lawyer in Luxembourg and then devoted his professional life to Radio-Télé-Luxembourg, where he was Director General. Alongside his professional career, Gust Graas led a second life devoted to painting and sculpture.

In 1952, he began to produce his first figurative works, always with a touch of humour, to capture on canvas the attitudes and habits of his fellow citizens.

Over the years, Gust Graas moved more and more towards a liberation of forms and colors, which led him to abstraction in the early 1970s, the same year he was awarded the prestigious Grand Duke Adolphe Prize. Always in search of light in his painting, Gust Graas went to live for 15 years on the island of Mallorca, where his pictorial works, flooded with a rich chromaticism, were born.

His oil and acrylic paintings as well as his mixed techniques establish an intimate relationship between the great rhythms of nature and the rhythms of a world in constant evolution, which express his poetic vision of creation.

Colors are her instrument to represent light and vitality; they generate a movement that takes our mind from the concrete detail of reality to the abstraction of philosophy.

His paintings have been shown in exhibitions in Spain, Sweden, Austria, Germany, Luxembourg, Belgium, USA and China. 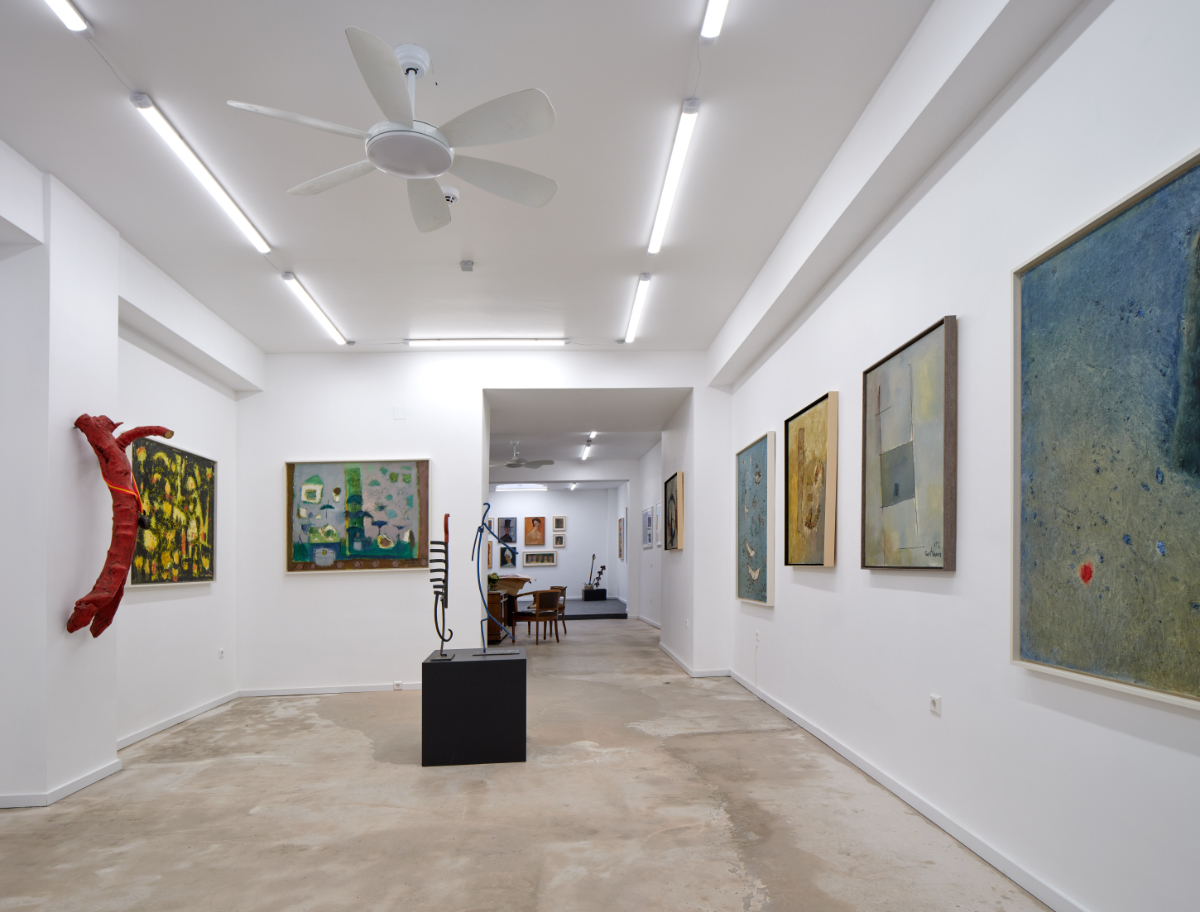