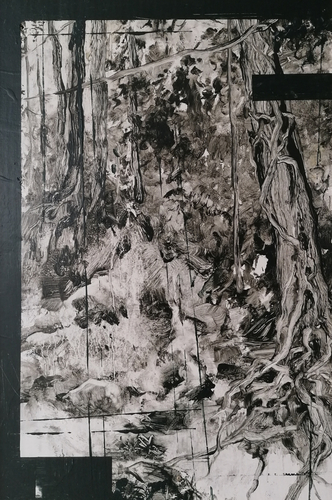 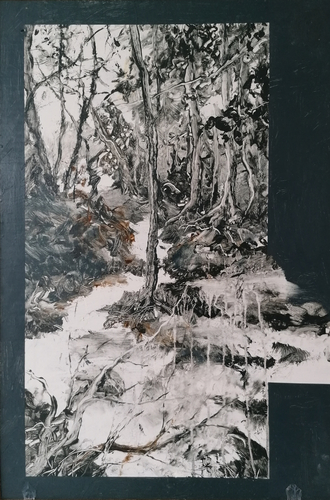 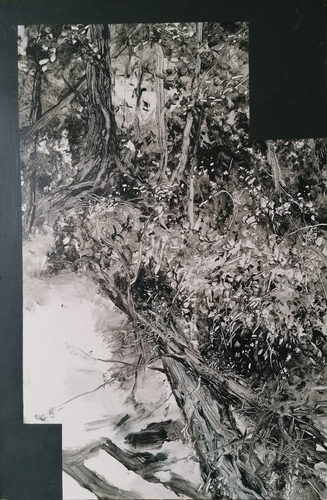 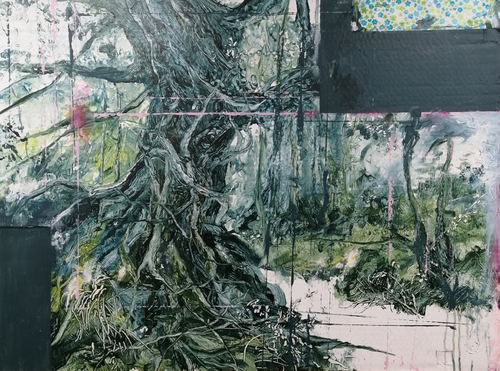 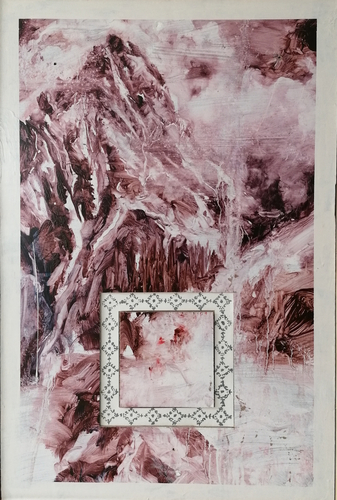 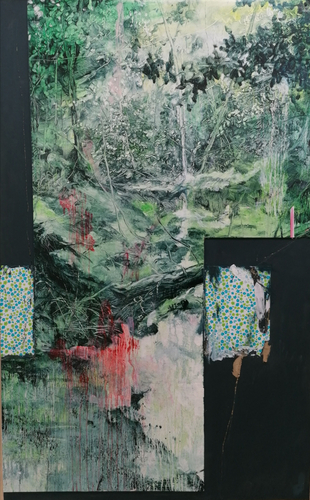 Born 1959 in Wiltz in Luxembourg, Arny Schmit currently lives and works in Luxembourg. For the realization of his works, the artist uses multilayer cardboard as a support in order to create a third dimension to his universe. His wild and monochrome natural landscapes oscillate between reality and fantasy. His paintings are real impressions of nature and not just copies of postcards. The artist finds his inspiration mainly through the observation of nature itself. Nature is a source of inspiration and a witness to life's journey, transience and rebirth; all themes that are part of the artist's work. Arny Schmit's paintings are constructed as collages, where thematic fragments are reassembled to form a dialogue, a synergy, a composition of different elements on different levels.

Urbanism, modernity and civilization are represented by LED lights. They create a relationship with the space by going beyond the painting. They also contrast with the untamed nature that is represented as well as with the cardboard, which is a disposable material par excellence of our society. Arny Schmit loves opposites: light and dark, natural and artificial ornaments, image and reality, nature and industry. With the work he created for the Robert Schuman Art Prize, Arny Schmit plays again with contrasts; geometric shapes oppose organic forms of the landscape, as well as with the ornaments of the tiles. He uses neon to highlight the contrast between the rigid forms created by man and the natural forms, nature is thus intertwined with the human imprint. The artist refers to the human presence in the work without being really represented.

Since 2009, Arny Schmit has exhibited nationally and internationally in individual and collective exhibitions, in Germany, Spain and Belgium. Today his works are represented in various public collections: Ministère du Culture in Luxembourg, The 2 Museums of the City of Luxembourg, the private collection of Madame Catherine Deneuve (France), Banque et Caisse d'Épargne de l'État in Luxemburg...etc. 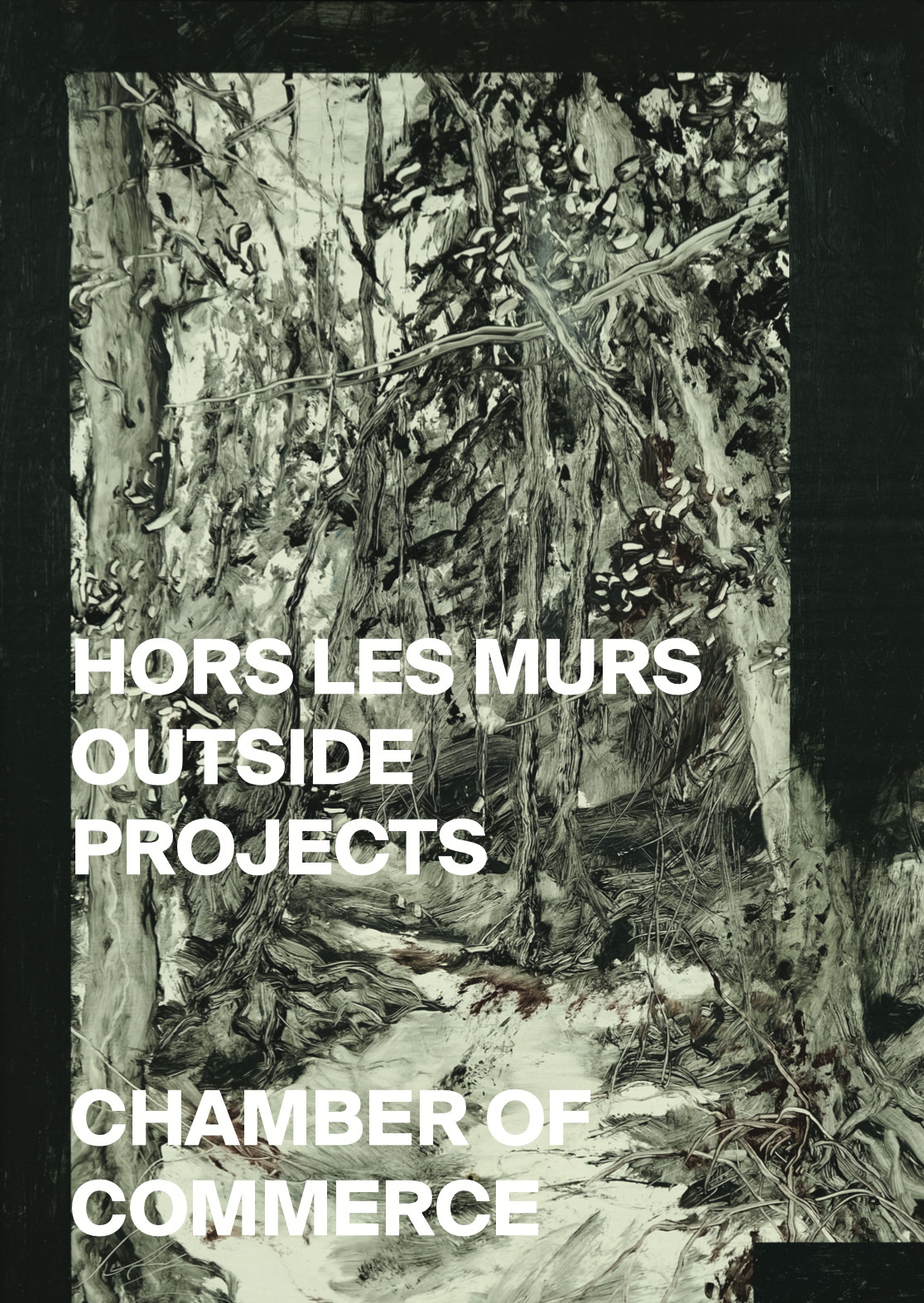 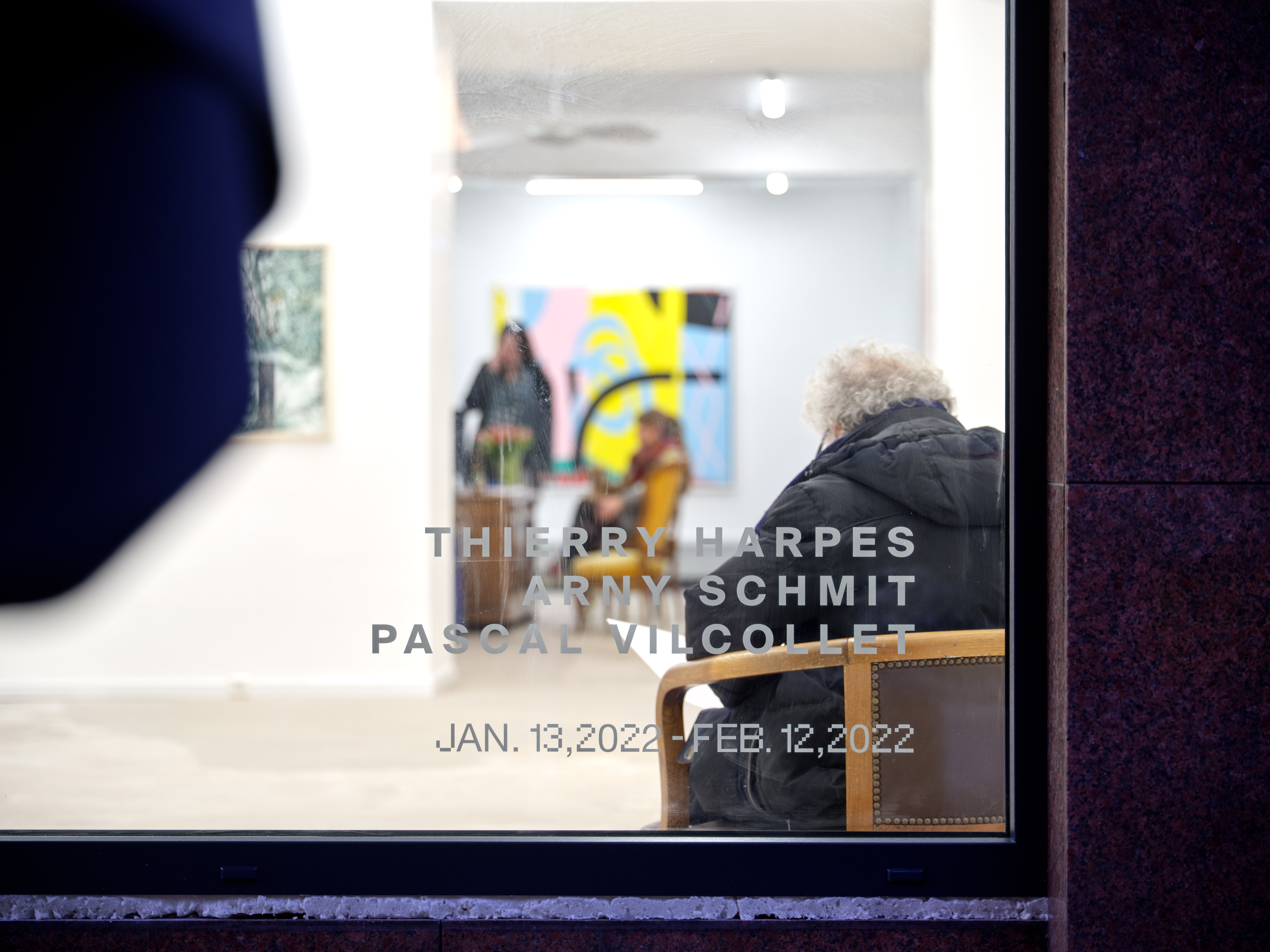